At the Greater Good Science Center, we aim to:

Are we succeeding? Over the past year:

What impact are we having on them? When we survey our audience:

Indeed, when we ask members of our audience—which includes many educators and health professionals—how many people they serve and influence through their work, it becomes clear that the actual reach and impact of our work is several orders of magnitude greater than the numbers above suggest. What’s more, when we survey students from our Science of Happiness online course before and after the course, they report: 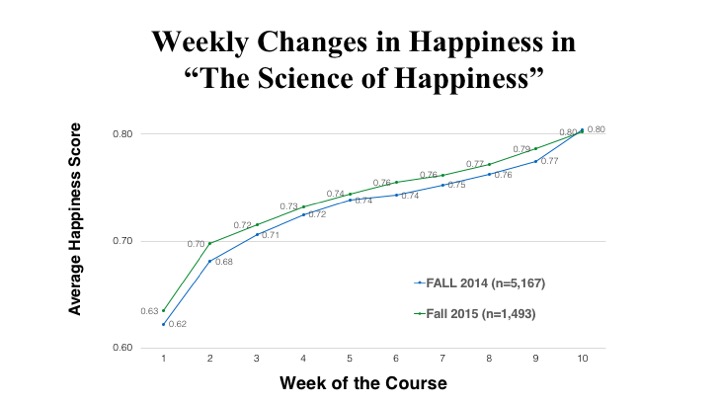 Even these numbers don’t fully capture our cultural impact. Our work is recognized and applied in many different ways, some of them surprising.

We achieve this impact with the help of more than 1,500 supporting members and donors. Please consider supporting our mission and programs!