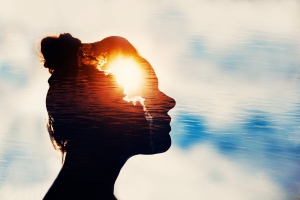 Join author and UC Berkeley alum Rebecca Solnit and others as they bring both Arts + Design Mondays and the 2018 Bay Area Book Festival to a close with a conversation on the idea of hope. Solnit, together with a range of Berkeley professors, authors, and community activists, will discuss our fraught political landscape, how literature and art help us to navigate through crises, and how hope helps us to assemble and reassemble our communities and social movements.

Writer, historian, and activist Rebecca Solnit is the author of twenty books on feminism, Western and indigenous history, popular power, social change and insurrection, wandering and walking, hope and disaster. Her works include a trilogy of atlases as well as The Mother of All Questions; Hope in the Dark; Men Explain Things to Me; The Faraway Nearby; A Paradise Built in Hell: The Extraordinary Communities That Arise in Disaster; A Field Guide to Getting Lost; Wanderlust: A History of Walking; and River of Shadows: Eadweard Muybridge and the Technological Wild West (for which she received a Guggenheim, the National Book Critics Circle Award in criticism, and the Lannan Literary Award).

Shannon Jackson is associate vice chancellor for the arts and design, Cyrus and Michelle Hadidi Chair in the Humanities, and professor in the Departments of Rhetoric and Theater, Dance, and Performance Studies at UC Berkeley. She has received numerous awards and fellowships, including a 2015 John Simon Guggenheim Fellowship and the Arts and Humanities Outstanding Service Award. In addition, she serves on the advisory boards of several journals and arts organizations and has been a plenary speaker at a variety of distinguished venues, including, most recently, the Venice Biennale.

Dan Kammen is a professor of energy at UC Berkeley, with parallel appointments in the Energy and Resources Group, the Goldman School of Public Policy, and the Department of Nuclear Engineering. He was appointed the first Environment and Climate Partnership for the Americas (ECPA) Fellow by Secretary of State Hillary Clinton in 2010. Kammen is the founding director of the Renewable and Appropriate Energy Laboratory (RAEL), and is a coordinating lead author for the Intergovernmental Panel on Climate Change (IPCC), which shared the 2007 Nobel Peace Prize. He has founded or is on the board of more than ten companies, and has served the State of California and US federal government in expert and advisory capacities.

Dacher Keltner is a professor in the Department of Psychology at UC Berkeley and codirector of the Greater Good Science Center. He is the coauthor of two textbooks, as well as the best-selling Born to Be Good: The Science of a Meaningful Life and The Compassionate Instinct. He has published more than 190 scientific articles, received numerous national prizes and grants for his research, and written for publications including the New York Times and the Wall Street Journal. He was a scientific consultant on the Pixar film Inside Out.

Watch a livestream of this event by tuning in to the Berkeley Arts + Design YouTube channel on April 30, 6:30pm!