If you’ve been following the controversy around Amy Chua’s memoir, Battle Hymn of the Tiger Mother, check out this story about the book, the backlash against it, and why it really hit a nerve. It features commentary from the GGSC’s Christine Carter. 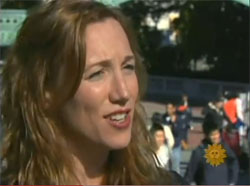 If you’re new to the debate—or to Christine’s perspective on Chua’s parenting approach—read Christine’s original post about Chua’s book.